SteadiSchool’s mission is to offer hands-on training for camera operators and assistants through guided workshops and one-on-one mentorship. Our educators are industry professionals who believe that giving back to the next generation is an essential aspect of participating in the filmmaking community. Students of SteadiSchool gain the experience needed to maintain successful careers in a challenging but rewarding field. We honor the integrity of the filmmaking process and teach the proper techniques required to be an effective communicator and leader in the camera department. 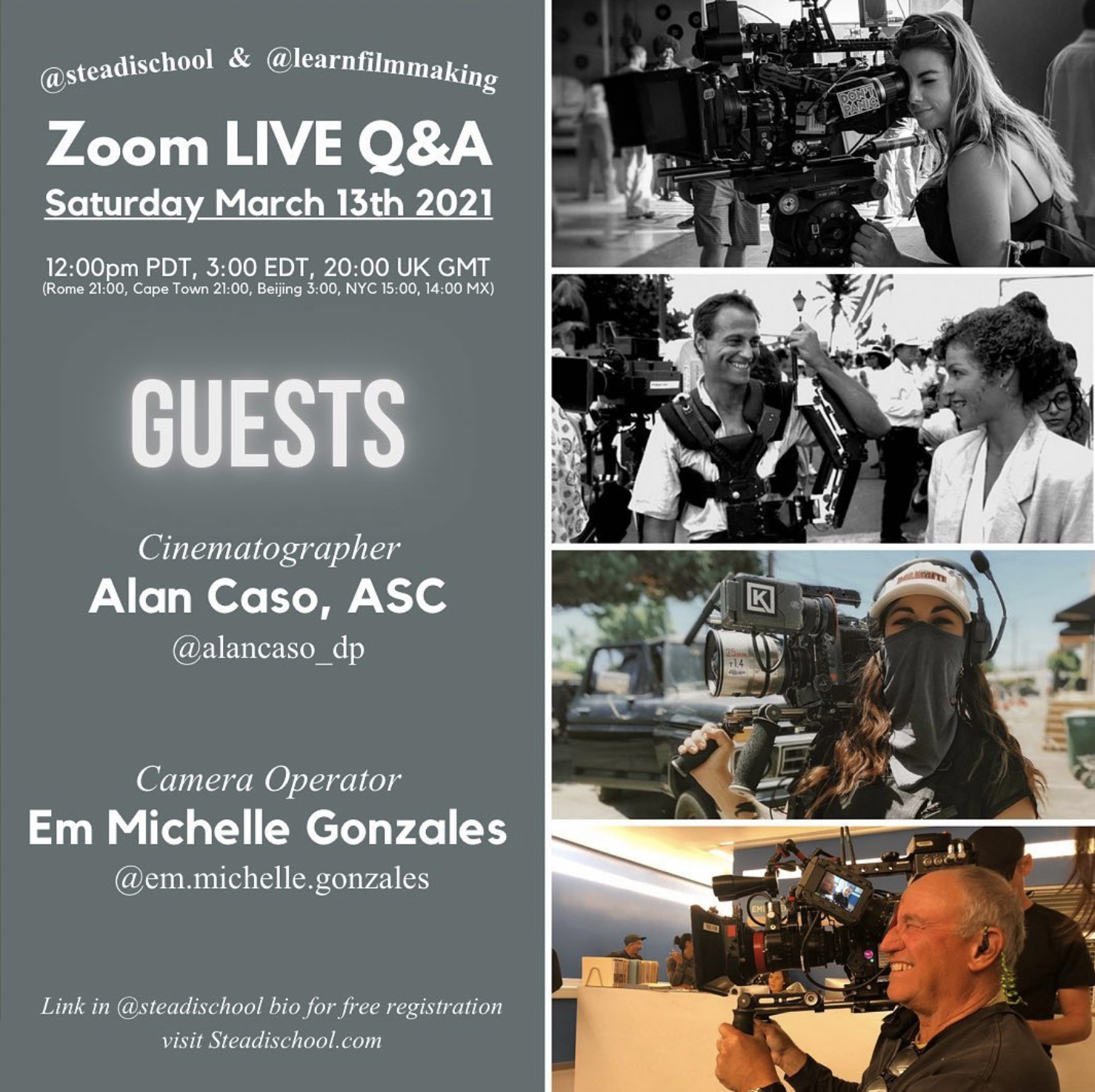 LIVE Zoom Webinar discussion with Cinematographer Alan Caso, ASC and Camera Operator Em Michelle Gonzales about Moving Up In The Camera Department. Alan began his career as a gaffer during the mid-to-late 1970’s. He switched over permanently to camera operating in the late 1970’s – early 1980’s while additionally mastering the Steadicam, becoming one of the few operators in the 80’s who performed both A Camera and Steadicam. His cinematography credits range from Muppet movies to John Frankenheimer’s stark drama, Reindeer Games. Caso created a unique look on HBO with 6 Feet Under, for which he received two more Emmy nominations, in 2002 and 2003. Em recently moved from working as a camera assistant to a camera operator, with credits in television and features. These wonderful people bring a wealth of knowledge and experience, and we are excited to welcome them to the SteadiSchool community. 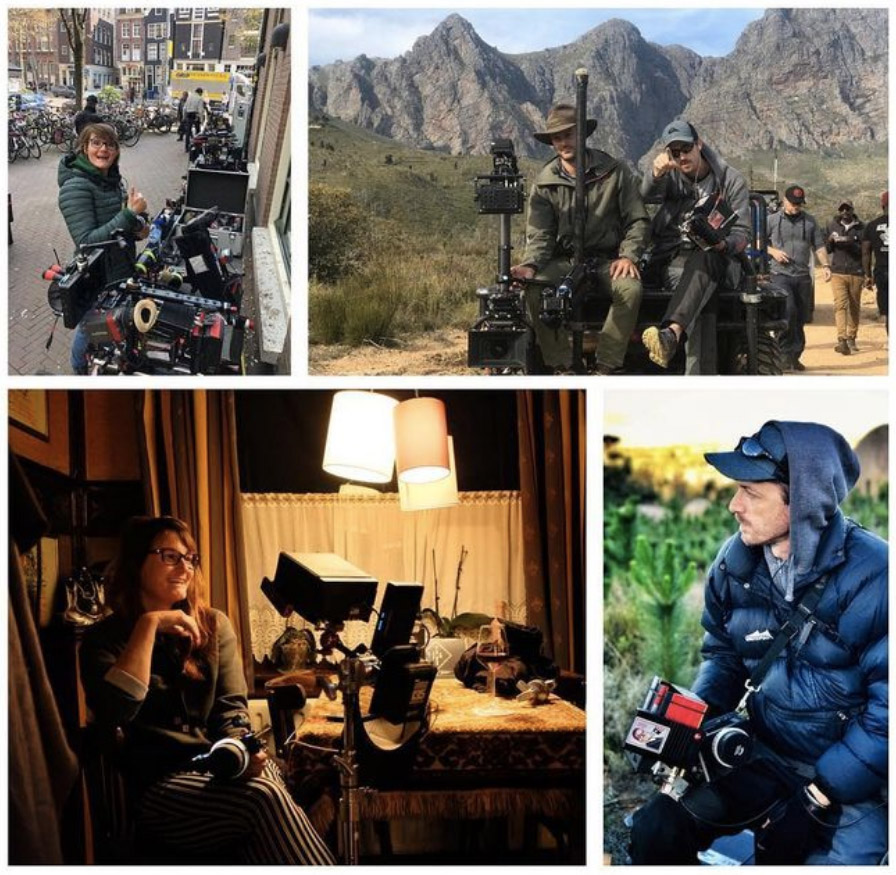 Discussion with focus pullers James Blyth and Rozemarijn Stokkel. James is an esteemed focus puller in South Africa who originally spoke with the SteadiSchool audience about his experience on The Widow in May of 2020. Rozemarijn works in the Netherlands, is a key contributor to focuspulleratwork, and has experience in features, narrative television, and commercials. They both bring a wealth of knowledge about filmmaking and we are excited to welcome them to the SteadiSchool community. 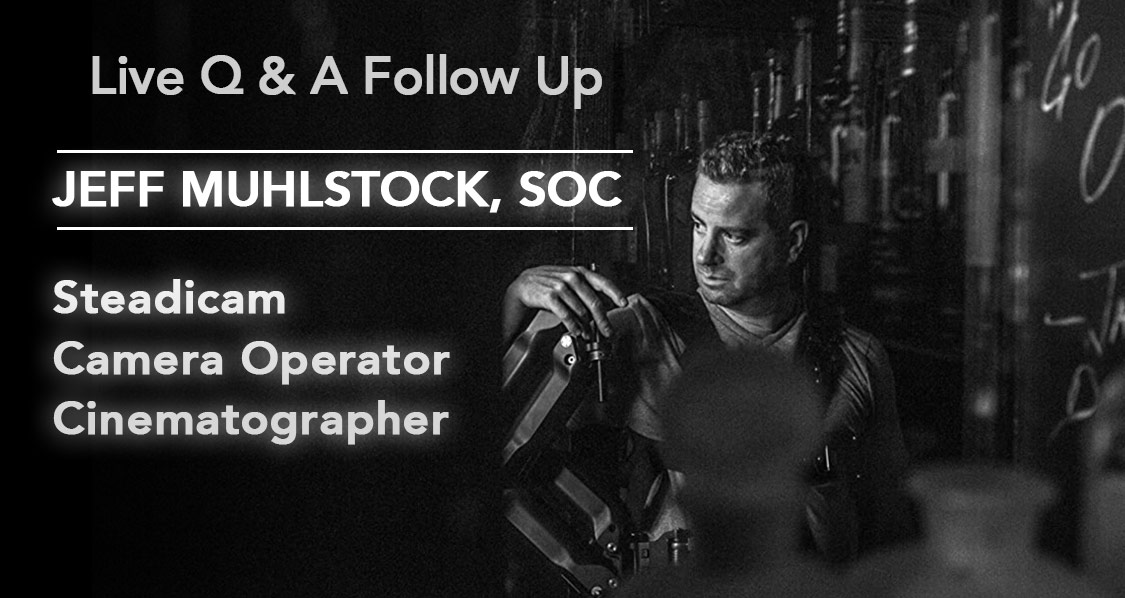 Jeff Muhlstock (@jeffmuhlstock) is an Emmy Award winning Cameraman who operated on the latest season of Mr. Robot as well as The Get Down, Captain America: The First Avenger, Across the Universe and Honest Thief (just released on Apple Tv). He just finished working as Director of Photography for Edward Burns’ “Bridge & Tunnel” feature.

Jeff brings a wealth of knowledge, industry experience, a positive personality, and we are very excited to welcome him back to the SteadiSchool community to discuss working on set during a pandemic. He will talk to us about adapting to a new kind of setlife. What types of PPE he’s been wearing, how he’s overcome physicality’s and even politics during covid. 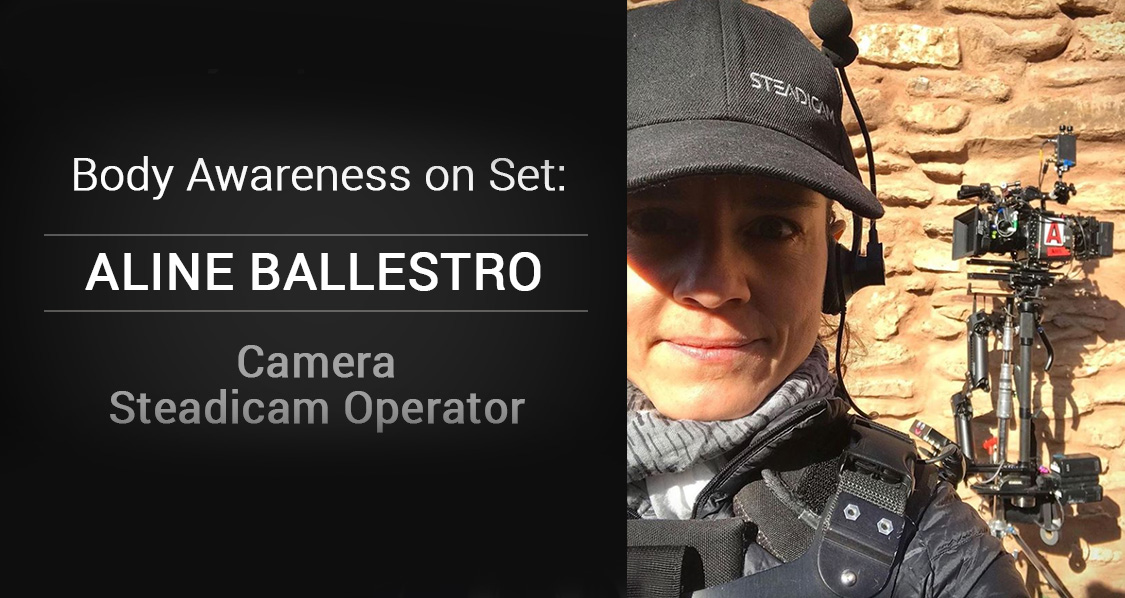 Aline Ballestero (@_balle_)  presents her course Body Awareness on Set and leads an open discussion about maintaining physical and emotional health on set. 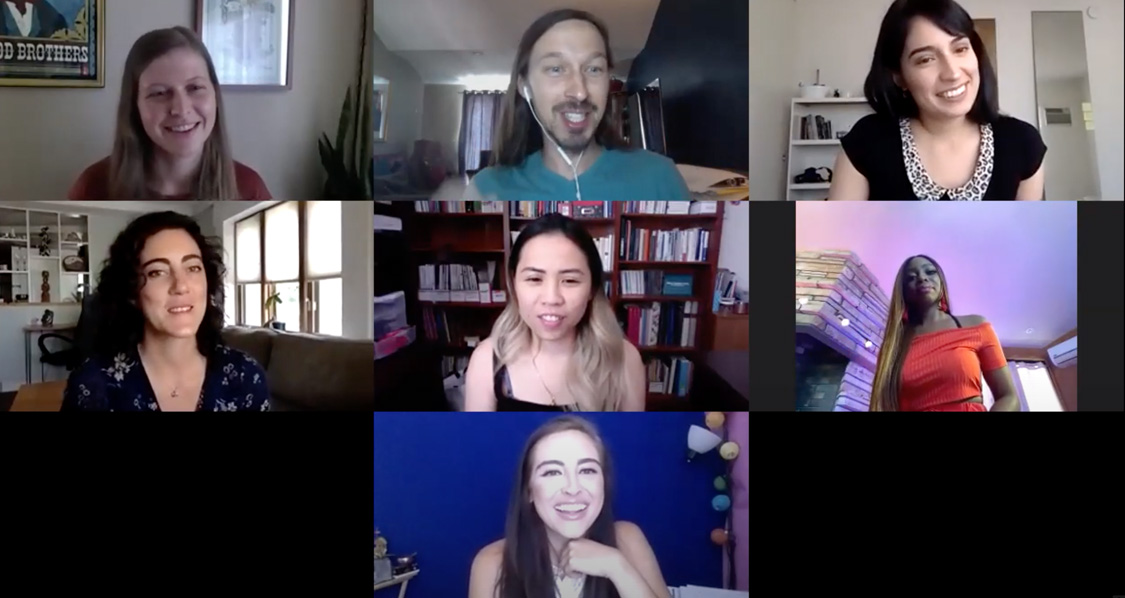 SteadiSchool and @learnfilmmaking present a discussion with female filmmakers who work behind the camera! 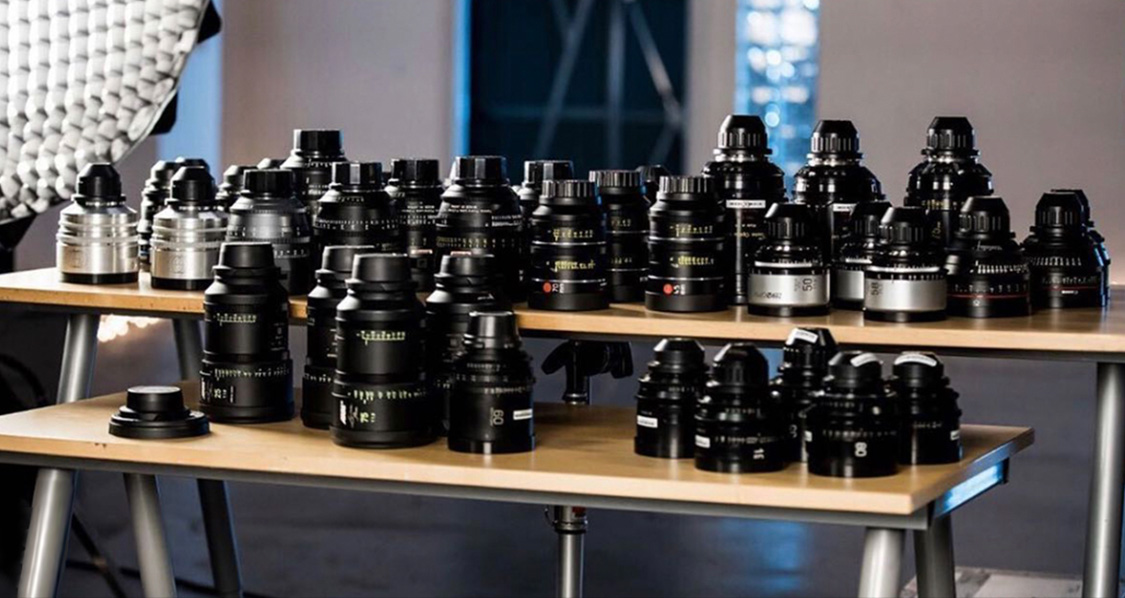 SteadiSchool and @learnfilmmaking present a discussion about lenses with the creative team behind The Ultimate Cinema Lens Library!

These gentlemen bring a wealth of knowledge and experience, and we are excited to welcome them to the SteadiSchool community. Leading the panel is SteadiSchool Instructor Matthew Borek. 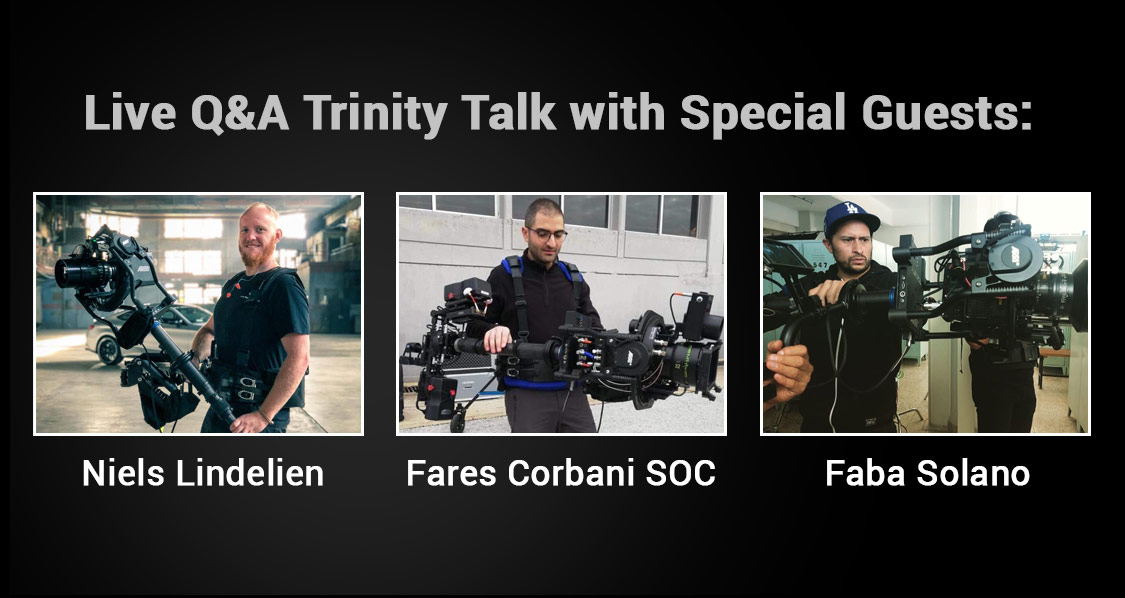 We talk about their journey into the demands of camera operating with Cinematography, Gimbals, Steadicams, Drones, and how they invested into Arri Trinity Operating! With all the 1917 hype we wanted to introduce some amazing Trinity Operators from around the World that do similar jobs with this adaptive camera technology so you can hear their stories! 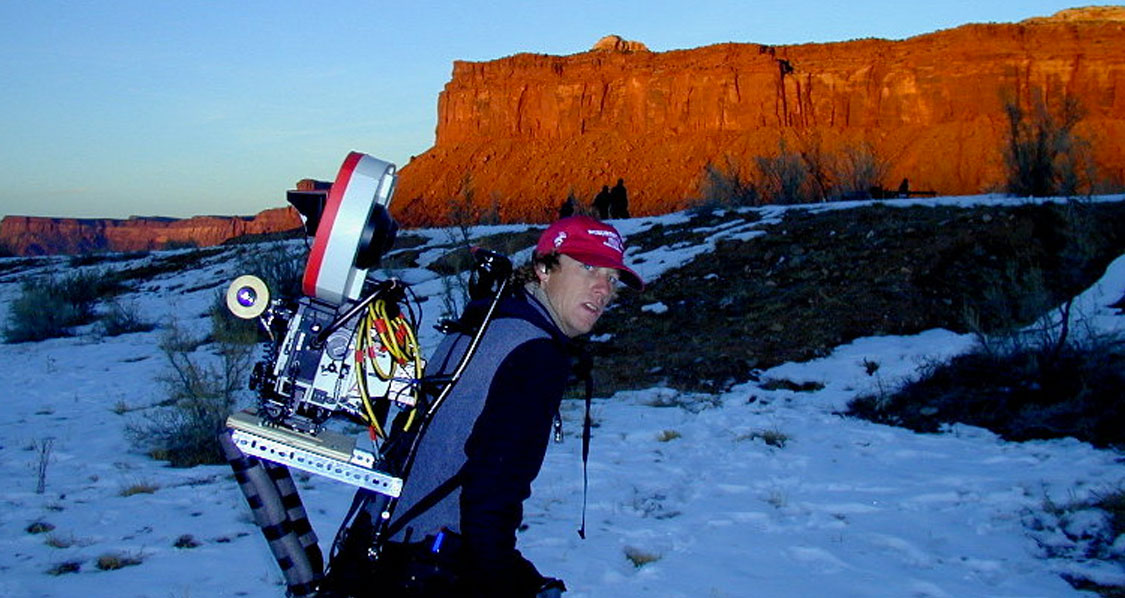 John T. Connor (@jst4shw) spent many years as a high profile camera assistant, working on many of Tony Scott’s films as well as on The Revenant, Mission:Impossible III, Fight Club, and Die Hard 2. Lately he has been Cinematographer on Jim Carey’s “Kidding” show and he recently was the A Camera Operator on the new Top Gun Movie “Maverick.”

John brings a wealth of knowledge and experience, and we are excited to welcome him to the SteadiSchool community. 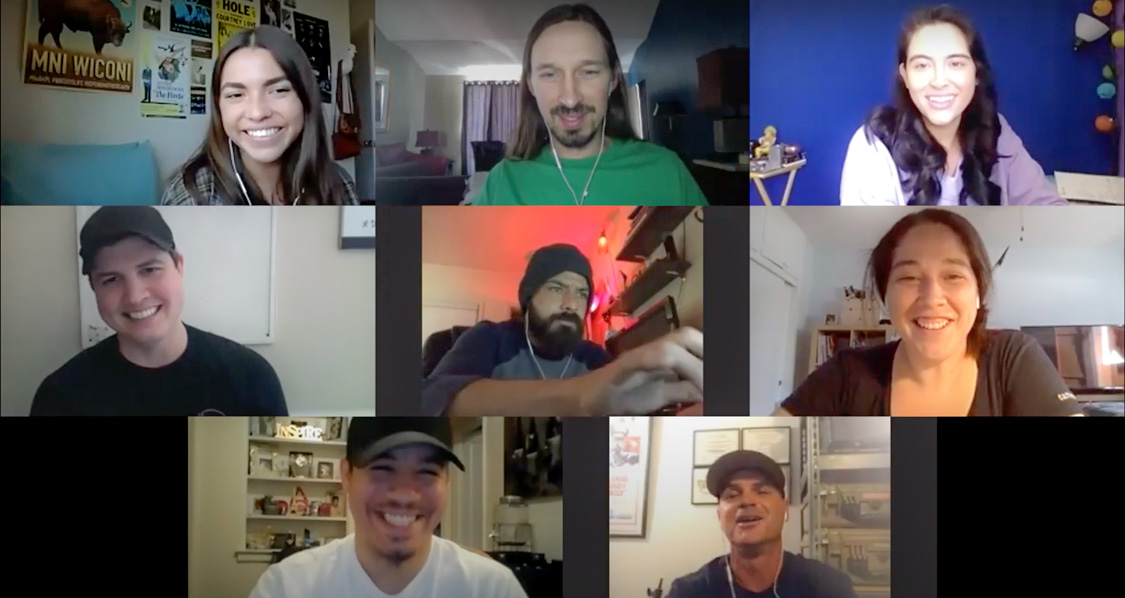 David Baldwin SOC (@steadimob) is a Los Angeles based Steadicam Operator working in-house for NFL Films and I Heart Radio. A USC Alumni, David has experience on commercials, music videos, and in narrative television and features and has worked on various projects that have been in festivals and received awards.

Tony Reyes (@tony.j.reyes) is a Nashville, TN based Steadicam Operator that works for the in-house NFL team which covers the Tennessee Titans. Tony also works on various concerts, commercials, games, music videos, short and feature films in the Nashville area.

We will talk with both men about the demands of Steadicam Operating with the NFL and crossing over from LIVE television to narrative films and music videos. 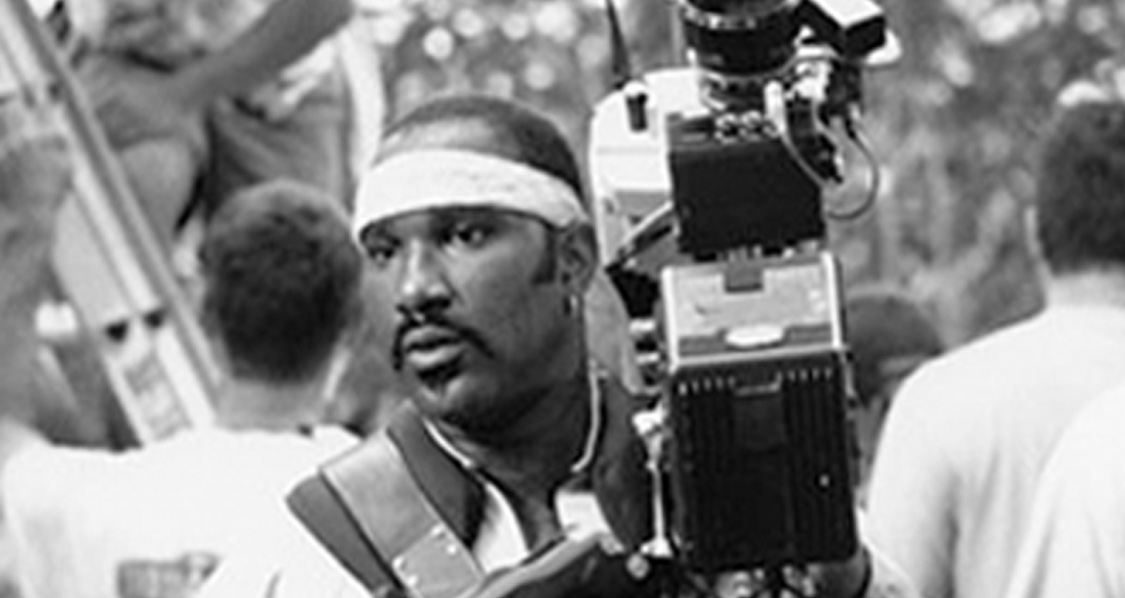 Camera / Steadicam Operator Kirk Gardner shares his background and stories from his decades long career with the SteadiSchool and @learnfilmmaking community. 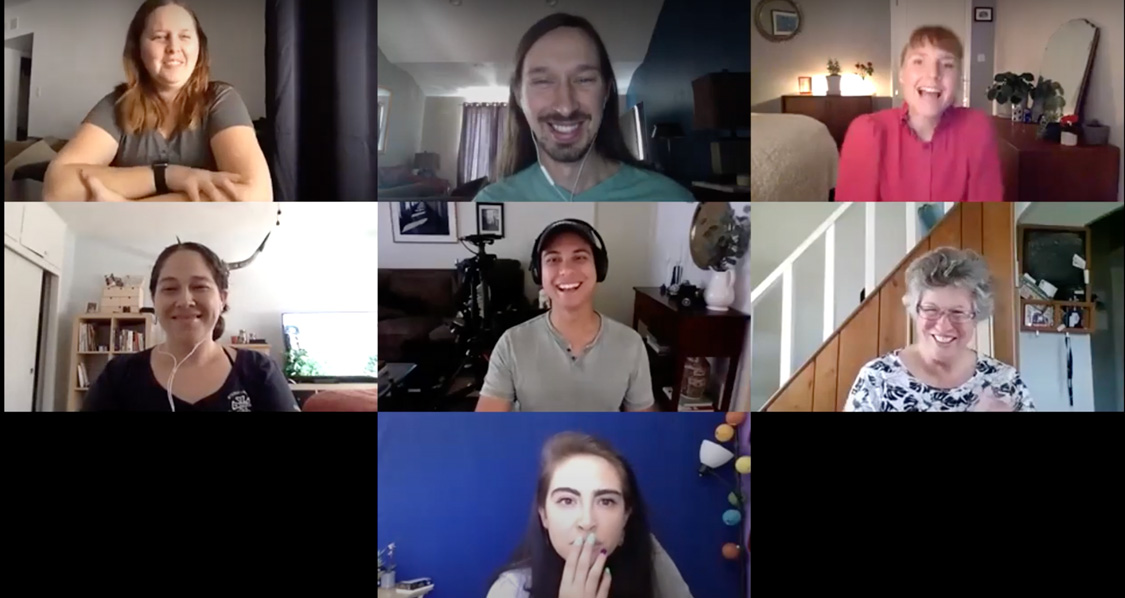 SteadiSchool and @learnfilmmaking present a discussion about Women In Steadicam with operators Janice Arthur and Ilana Garrard, ACO. 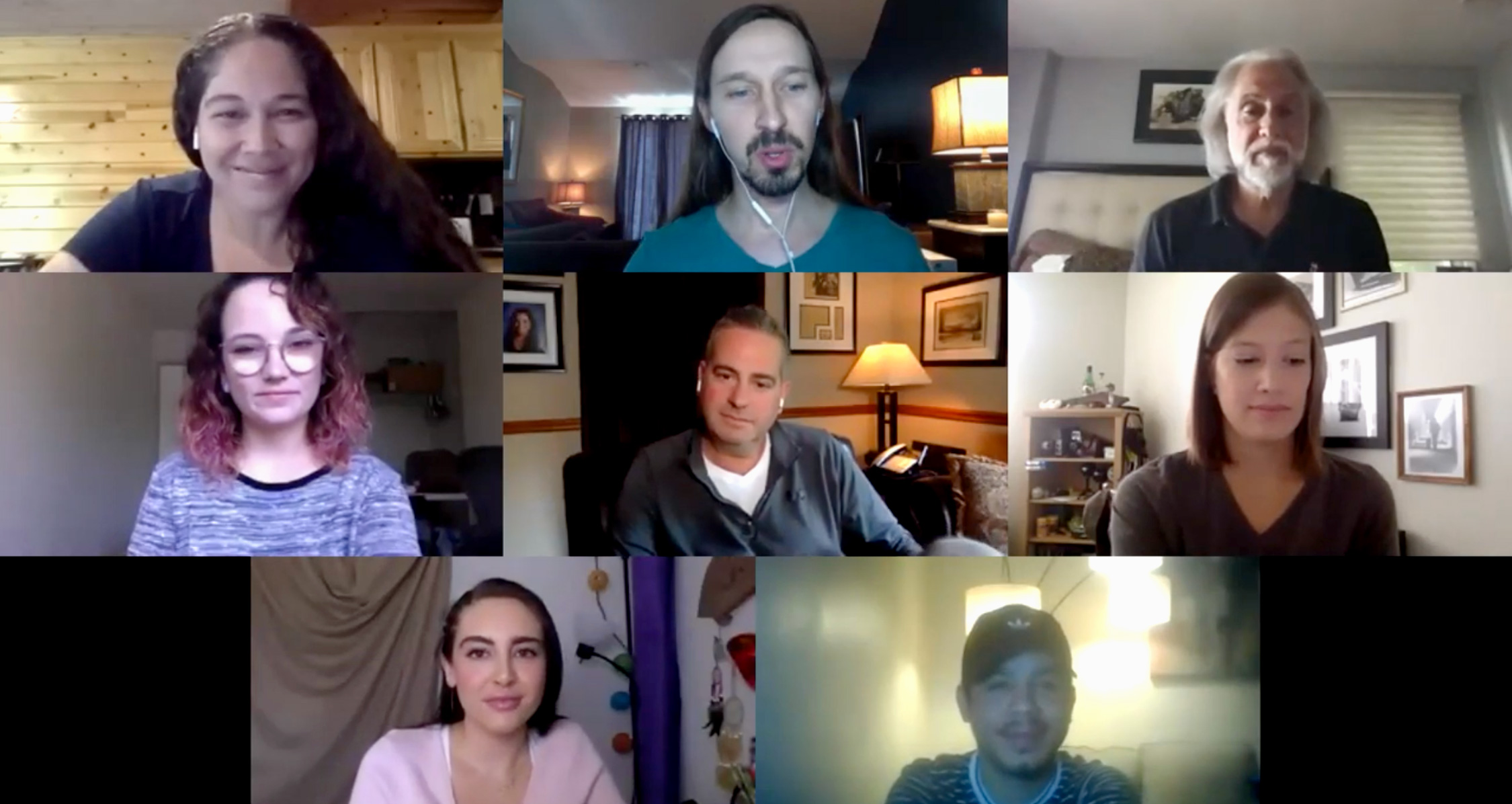 Steadicam / Camera Operator Jeff Muhlstock, SOC and Camera Technician Bobby Mancuso discuss their time on Mr. Robot Season 4, careers, and life during the pandemic with the SteadiSchool and @learnfilmmaking panel. 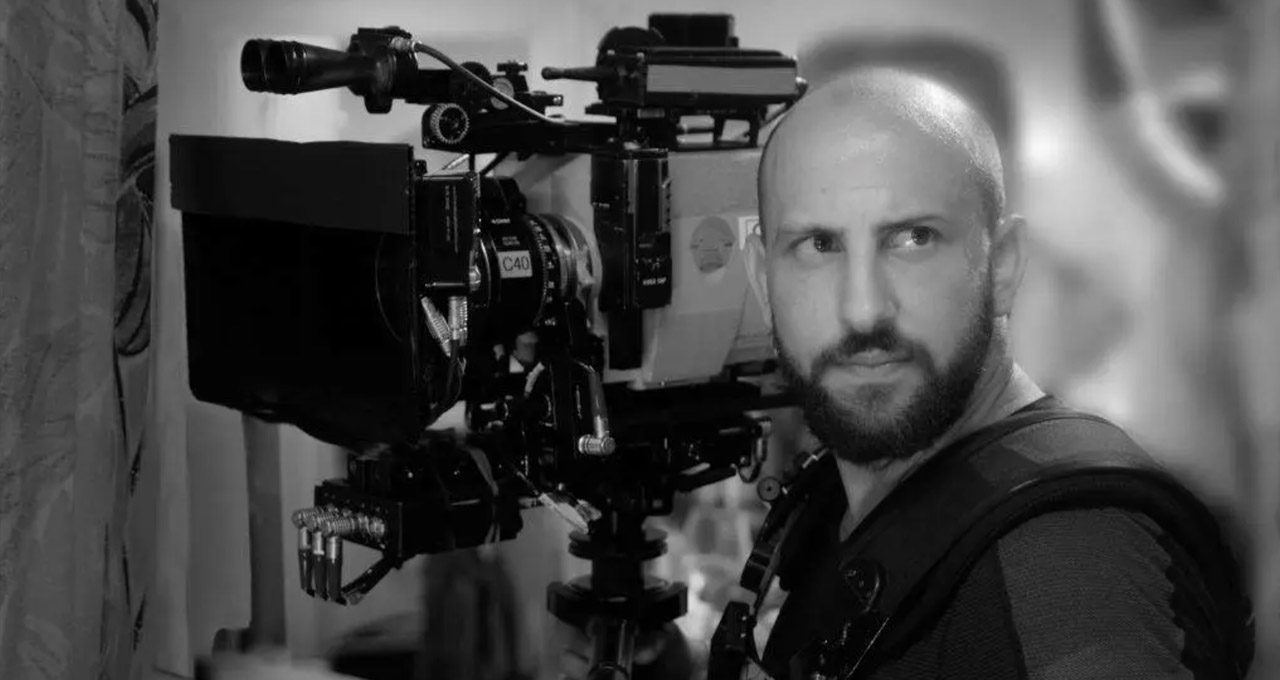 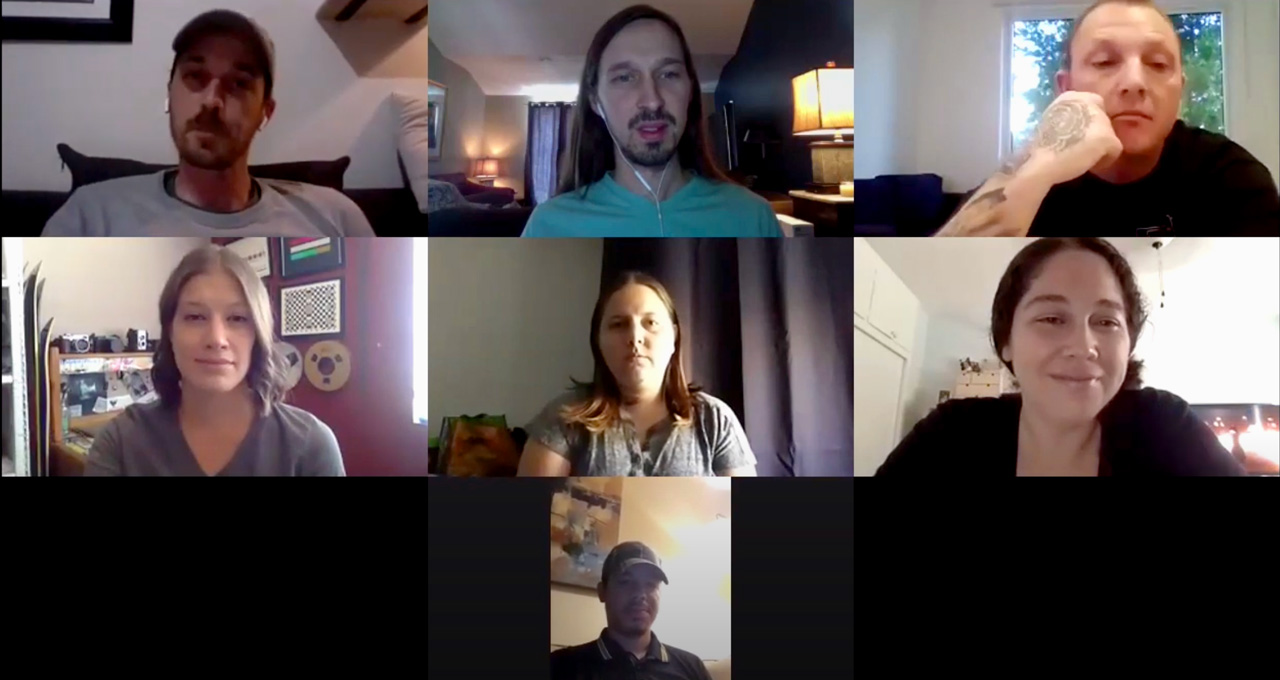